JMS has engineered and designed dozens of purpose-built deck barges. JMS draws on our extensive operational and shipyard experience to provide our barge clients with feasibility studies, concept design and 3D renderings, and detail construction drawings and cut sheets. Some recent examples include:

JMS performed a feasibility study and developed concept designs for a free floating, fully automated ballasting heavy lift deck barge. Payload capacities ranging from 1,000 tons to 8,000 tons were considered and a cost per ton payload curve was developed. The concept design parameters included the maximum and minimum dimensions defined by the customer, maximum and minimum acceptable deadweight capacities, onboard pumping system housed below decks and designed to ABS rules.

Operational restraints included the ability to ballast and de-ballast within a single 6′ tidal cycle, maintain zero trim and heel during loadout, maintain a deck height relative to shore side bulkhead within +/- 2 inches during loadout, navigational draft of 12′, maximum water depth during loading and unloading of 15′ at MLW and minimum and maximum roll on roll off elevations of 10′ and 15′ above MLW, respectively. The customer further required full redundancy of the ballasting system as a safety measure during loadout operations. The method of loadout was specified to utilize wheeled transporters with a maximum linear load not to exceed 65LT/ft and tire pressure of 145 PSI.

Given the client’s facility restrictions and other aspects of operation that needed to be addressed, it was determined that the most feasible concept would be a fully floating, automated ballasting deck barge for the heavy lift loadout applications the customer had in mind. This was a complicated process since the barge was required to be capable of full operation at three very different facilities. These facilities had different bulkhead heights and near shore water depths which limited both barge depth and the draft to which the barge could be loaded to with ballast and cargo. These various limiting factors greatly restricted the design and very quickly narrowed down the design matrix to a series of barges capable of the specified criteria and ranging in cargo capacity from 1,000 to 8,000 tons.

JMS developed a detailed cost analysis of the concept designs utilizing a proprietary database. This cost curve highlights as a function of deadweight capacity the total estimated cost of construction for the automated ballasting heavy lift deck barge. The cost curve was further broken down to illustrate the fractions of total cost comprised of the electrical system, control system, ballasting system and steel structure.

JMS provided engineering and design services to AGM Marine for a deck barge to support a 200 ton crane. The design had molded dimensions of 125′ X 52′ X 7′. The barge featured four square spud wells to each house a 37″ square spud and a raked forward end. A recessed crew / tool house is contained in one compartment. Another compartment will house a hydraulic power pack room.

JMS produced construction drawings for two ferry terminal floats for the Steamship Authority Hyannis Terminal built by Massachusetts Fabrication in New Bedford, MA. One of the floats is 29’x25’x8′ and the other is 20’x13’x8′. These floats will provide passenger access to a third ferry slip to be installed at SSA existing ferry terminal.

JMS is producing construction drawings for three ferry terminal barges to be built at May Ship Repair for the city of Hoboken NY. These three barges include a 90’x30′ bow loader and two 50’x30′ barges, one bow loading and one side loading. Hoboken is undergoing a seven year, $125 million, restoration effort to restore the original Hoboken Ferry terminal, which has not been used since 1967. The $30 million ferry slip restoration is the final phase of the project and will enhance passenger access and safety while allowing expansion of ferry service. 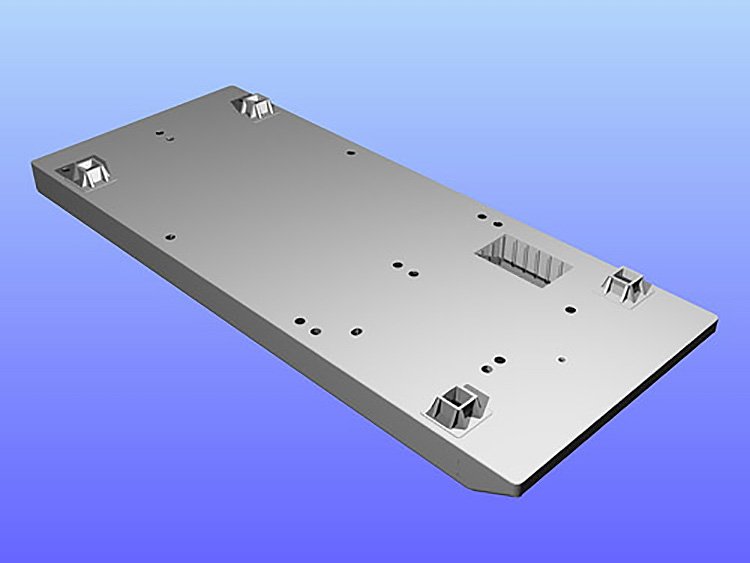